The Year 5’s have been learning about the Anglo-Saxons in our History lessons. We have learned about how the Anglo-Saxons settled in Britain after the Roman Empire collapsed, and each week we are learning more about this culture. One of the most exciting parts has been taking some ‘virtual field trips’ there to ‘see’ some of our learning as we look at battle sites as well as remaining architecture, amongst other things.

The Year 5 students wrote a letter to a loved one as if they were a soldier entering battle at the time when the Saxons were invading Britain to settle there. Here are a few to share:

I am about to enter war against Britain. I don't know how it is going to end so I am writing to you. We are beginning to attack and I’d never thought I would be so scared in my life. I will feel so happy if we win and I am still alive. I will let you know how it goes. I love you, I hope you get this.

I am very scared to go into this battle but I will do it to save people; even though I may die in the battle I will have saved someone. I don't want to do this but I will have to because I'm already there. If I die remember me in a battle at badon Hill.

What a typical Anglo - Saxon village would look like. This has been rebuilt in West Stow in Suffolk to show what life was like when the Saxons lived there. Most of the houses were one-room, built of wood and had thatched roofs. The walls were plastered with a mixture of mud, animals dung and hair.

Alfred the Great’s Walls. King Alfred the Great of Wessex was an English monarch. The surviving earthworks in Wareham are 1200 metres long and still surround the city. They are the remains of his resistance to Vikings when he was in rule. 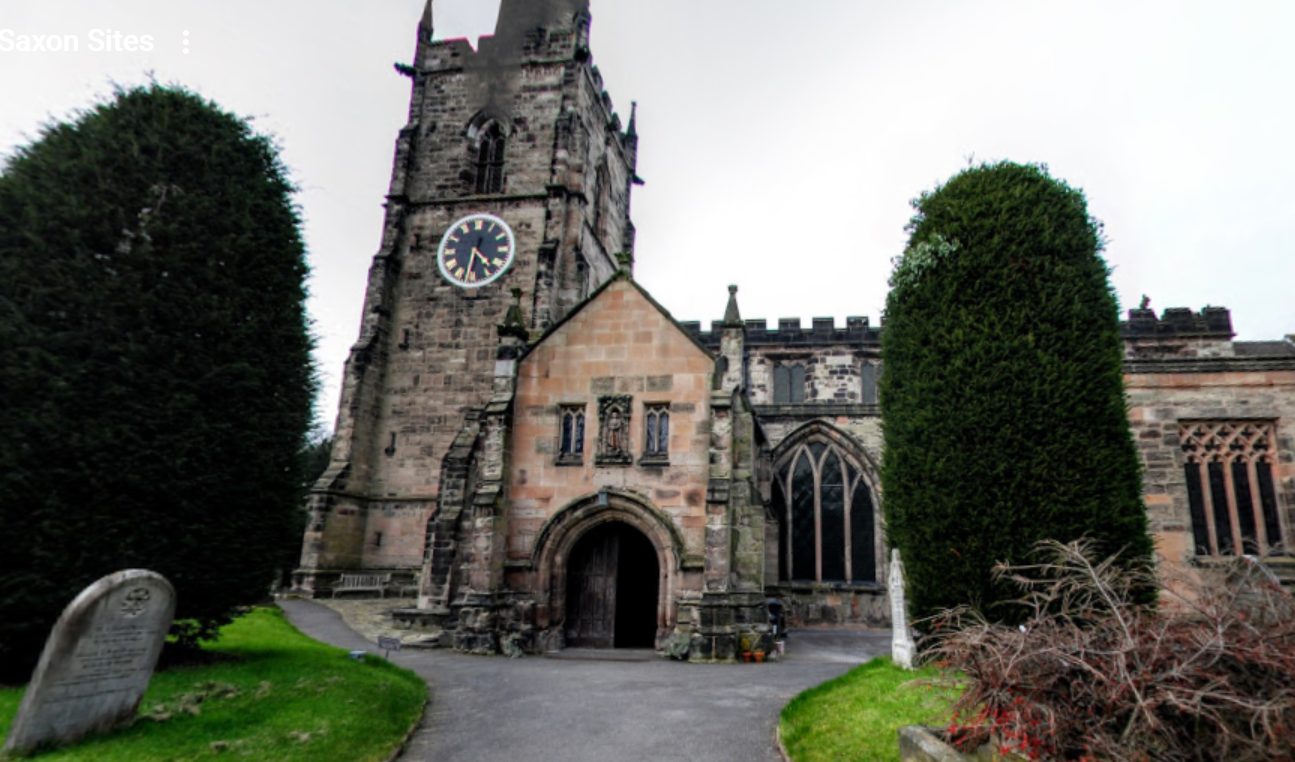 This church is one of the few opportunities to see an example of remaining Anglo - Saxon architecture. This is in the Derbyshire village of Repton. In 653 AD Christianity was first preached in the Midlands.