On Thursday 1st of July at 6:00am, whilst most were in bed, our Year 8s were at 4,984 metres reaching the summit of Point Lenana. This mammoth feet came after 4 days of strenuous hiking mixed in with plenty of fun!

The adventure began from the Chogoria Gate, passing by a beautiful waterfall, before heading towards the spectacular Lake Ellis. There the children impressed us with their fishing skills and some of the braver ones and parents even went into the glacial water for a dip! That evening, everyone enjoyed fun games (and popcorn!) within the amazing orange and white geometric dome mess tent.

On Day 2, the team headed towards Lake Michaelson, another spectacular glacial lake surrounded by lush vegetation. Again many used the opportunity to practise their fly-fishing skills. It was lovely to see the children working together by sharing techniques and methods which resulted in multiple successful catches! Encouraged from the day before a few new brave people took the plunge, this time for a far shorter time due to the water being even colder! A highlight of the campsite where the team slept this night were the highly entertainingly playful hyraxes. At 4,000 metres the altitude really started to show an impact; however, the group felt safe in the hands of the outstanding African Ascents guides, who carefully tracked blood oxygen levels and heart rates, to ensure no one was of concern.

The next morning saw the start of the sharp ascent to Simba Col, this pushed the team mentally and physically. The children pulled together and supported each other, showing excellent resilience and teamwork. A highlight of this section of the trek was the increase of snow patches and icicles that peppered the route. This brought much excitement to those who had not seen or touched snow before! After a longer than expected hike we arrived in a landscape, similar to that of Mars, where rock boulders dominated the landscape. The drop in temperature at this campsite was extreme. Despite the challenges the children were spurred by the hope of summitting the following morning.

That night, the team went to sleep in all of the base layers that they had, in preparation for their 3:30am wake up call; day packs were ready and torches were to hand. At 8:00pm everyone head to bed to try to get as much sleep as possible to spur them on for their ascent. As they went to sleep, the wind was howling around them and the frost was hardening on their tents; the anticipation and trepidation set it.

At 3:30am the team gathered in the main dome tent, had a quick cup of tea, turned on head torches, got into formation and headed out into the darkness. The view of a snake of head torches weaving up the mountain would have been wonderful to see as they slowly and carefully navigating the challenging terrain. As the team approached the summit the sun began to rise which illuminated the amazing landscape around them. Cheers of elation rang out as they reached the top…these were quickly followed by cries of despair for how cold it was!

Everyone took photos and breathed in the phenomenal views across Kenya, Nelion Peak and the Lewis Glacier and they then began their descent. The climb down was equally as inspiring as they were able to see the vast distance that they had previously covered. After getting back to Simba Col and a quick breakfast, they began the arduous, six hour trek to our final destination - Old Moses camp. This final challenge exemplified the determination and good spirit of the children who had all pushed themselves beyond what they thought possible.

We would like to thank the parents, Miss Reed and Mr Franco who accompanied the group and brought so much knowledge and enthusiasm to the trip. A huge congratulations goes to every student who participated on this hike of a lifetime…a fitting end to their time with us at BNIS. 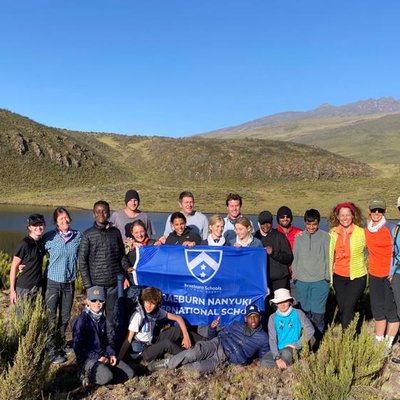 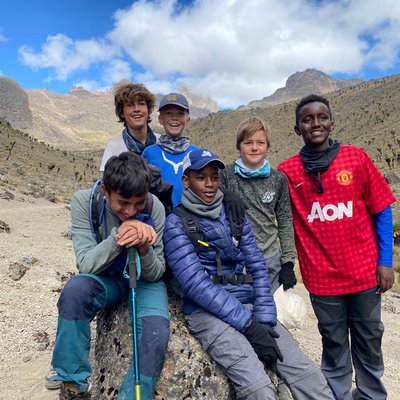 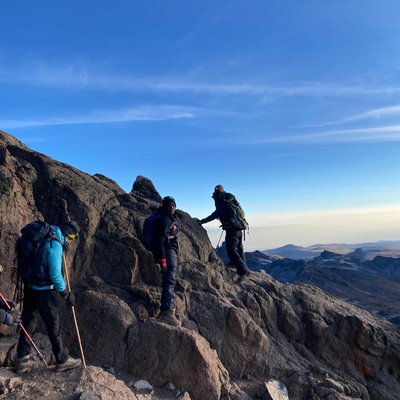 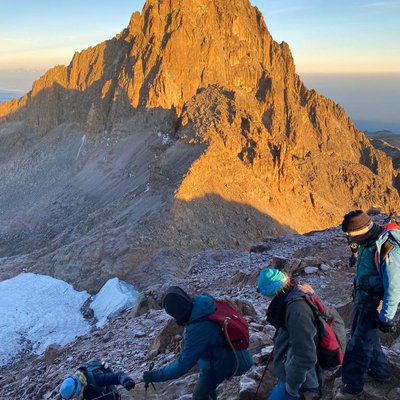 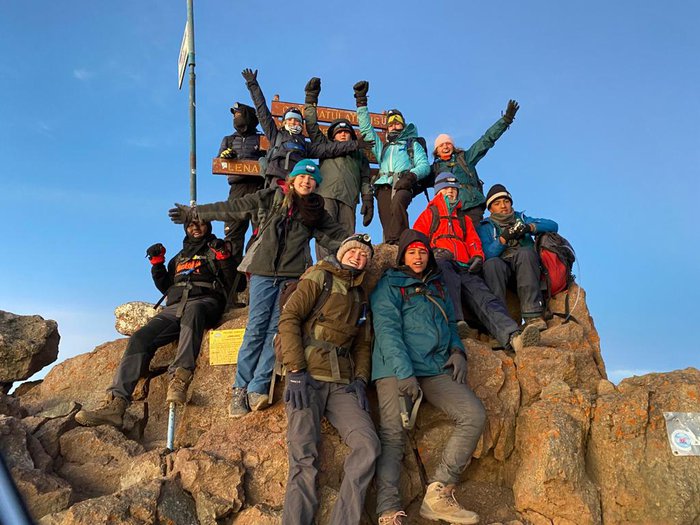