Last week the Year 1s had a visit from Sophie Macfarlane. Sophie is a pilot and conservationist and she came to work with the children, extending their knowledge on challenges faced by the first people to try and design flying machines and with our work on categorising the animal kingdom. The visit was a great opportunity for children to develop their understanding of both their History and Science topics.

The session started with the children in hysterics, as they watched a very amusing short clip on some of the first flight machine inventions and their failed trials. To help them understand challenges with movement in air, Sophie asked the children to think about air as if it was water. She used a simple folded paper demonstration to show why aeroplane wings are the shape they are; so the air moves faster over the top of the wing giving it Lift. She also talked about Weight, Thrust and Drag, 4 things the Wright brothers had to discover in order for their famous first flight to work. The children showed off their paper plane making skills before setting off to do some flight tests on the field. 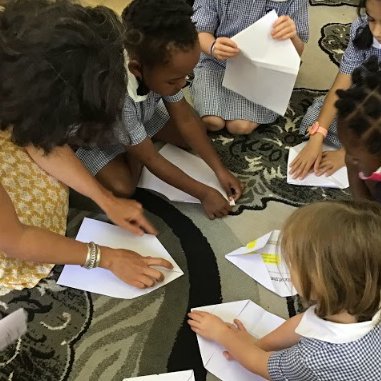 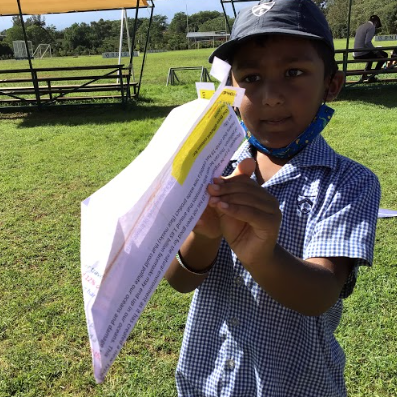 Back in class for a second session, Sophie told the children a little bit about Lewa, where she lives and works. The children flaunted their new knowledge on classifying animals and Sophie went on to explain how the animals help each other survive. She had brought in some rhino poo, which naturally everyone wanted to touch and smell! One of the many fascinating facts she shared was that termites are mushroom farmers. They collect bits of grass from elephant or rhino poo and take them back to their nests to help grow mushrooms in their hollows. Who would have thought that was going on in there?

Many thanks, Sophie, from everyone in Year 1 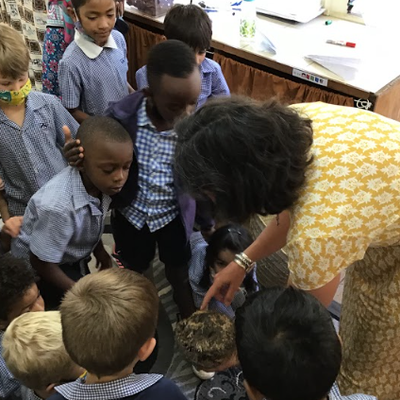 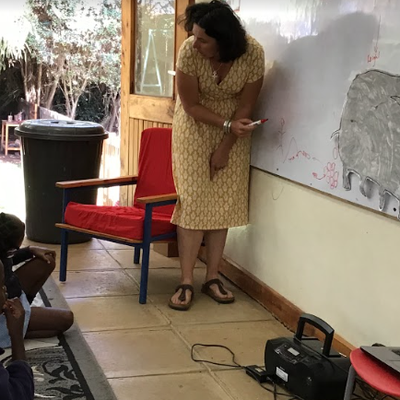