On Saturday 18th June, a number of the children in Years 5-8 took part in Netball and Rugby tournaments. The selected girls in Years 7/8 headed off to Nakuru to attend the KAISSO U13 Netball Tournament that was held at Greensteds. The team of Year 5/6 girls trekked down to Nairobi to the U11 KAISSO Netball Tournament which was held at Nairobi Academy. At the same time, BNIS proudly welcomed teams from 7 other international schools to Nanyuki to compete in the KAISSO U13 Rugby Tournament.

The boys arrived early for the Rugby Tournament, excited and ready for their first competitive event this year. Although the mood of the team was jovial, the boys were also incredibly nervous as a home tournament somehow raises expectations and builds hope. The nerves rose further when we realised the size of the other players...some of them were literally twice the size of our biggest player! Our boys played admirably and had amazing defence. Despite the size of players on the opposing teams, our boys showed guts by bravely tackling and blocking throughout. The teams placed first (Braeside) and second (BGR) only managed to score a single try against us in their games. Well done, boys!

The U13 girls spent the night in Greensteds and were bowled over by the size of the school. They played fantastically, taking on teams from Greensteds, Oshwal, Nairobi Academy and Braeside. Despite scoring a total of 14 goals in their 5 games, they only managed a win in one game. They were determined and did not let their guards down for a second. Miss Rose accompanied them and reports that they were a model of good sportsmanship and played with every ounce of effort available.

The U11 BNIS girls' Netball team woke early at Braeburn Garden Estate, where they had spent the night, and headed off down to Nairobi Academy after a hearty breakfast. They were nervous but, pride in the team kit combined with fantastic encouragement from Miss Musundi and a number of their parents, lifted their spirits and they stepped onto the court with belief. Their defence was fantastic and they absolutely gave their best effort. They measured up small against the other teams; most of our girls heads were at the chest height of the other players, but they did not let this dampen their spirits.

A great performance from all our teams - well done! These events have whetted our appetites for competitive sport, and we are very much looking forward to next year as there should be a full calendar of events for us to attend. We will also be hosting some KAISSO inter-school events, including an U13 Football Tournament, the U9-U13 Cross Country and also the U13 Rugby Tournament. 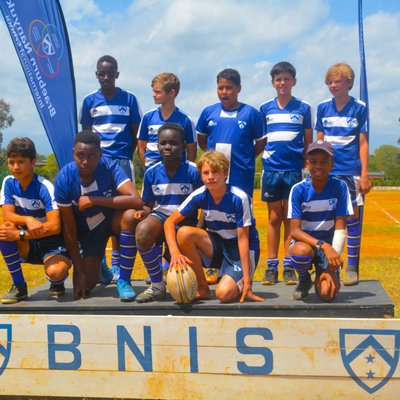 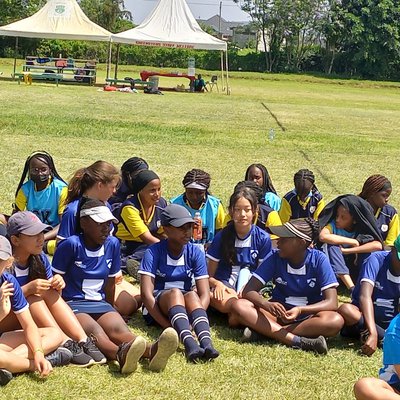 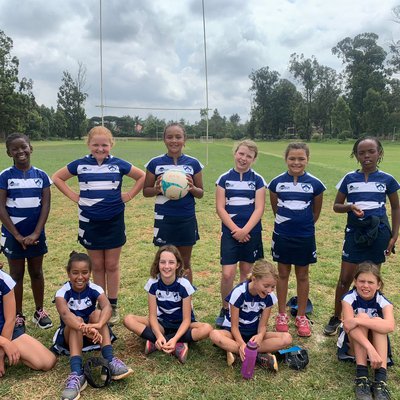