To begin the new term, Year 1 embarked on an ambitious enquiry. Exploring the question: is fire alive? So far, they have discovered that fire feeds and grows! They found out that it needs heat, otherwise it dies out! They further discovered that it needs air. So far, their enquiry is beginning to lean towards a verdict of fire being ‘alive’! We wonder if there will be any twists determining otherwise.

After several discussions about fires, the Year 1 children were eager to make a log fire of their own. They researched on how to safely and quickly light a fire. They were excited to put together some fire-safety rules to guide them and followed this up by successfully scouting the school for appropriate spots to safely set up a fire. These amazing five and six-year old children all wrote letters to Mrs Gould, requesting special permission to set up controlled fires on the school compound and they were successful - how amazing!

(Click on the fire safety posters to learn from the Year 1s.) 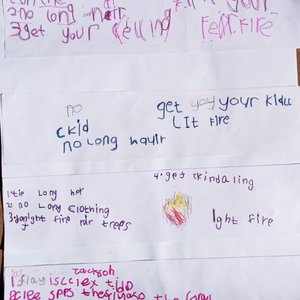 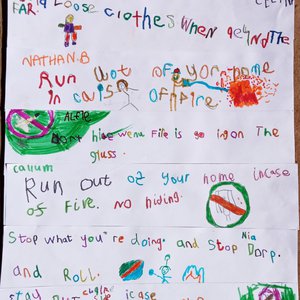 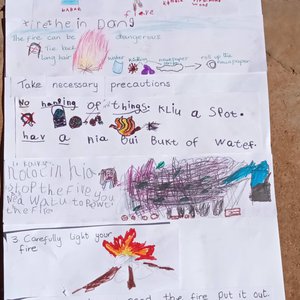 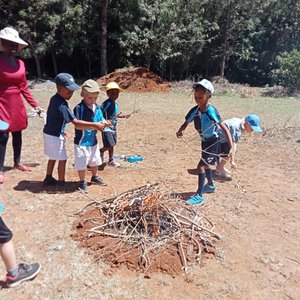 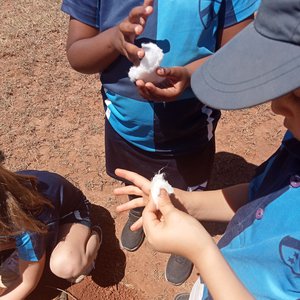 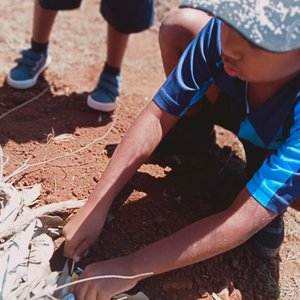 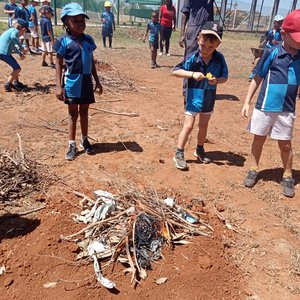 In small groups of three, the children were able to prepare some kindling and set it alight by striking matches. With very little help, they were also able to place more wood on the fire and enjoyed watching the flames from a safe distance. These mini-Sherlocks noticed how the wood turned to charcoal and then to ash and made good attempts at explaining these changes. 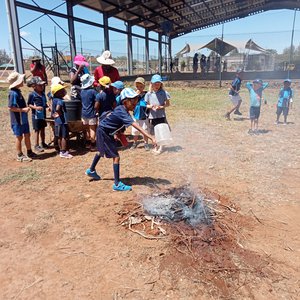 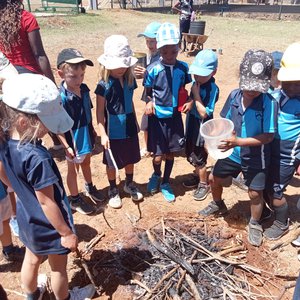 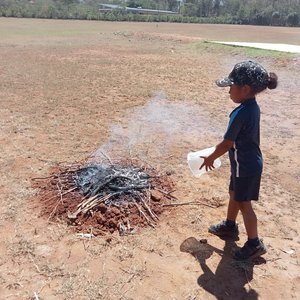 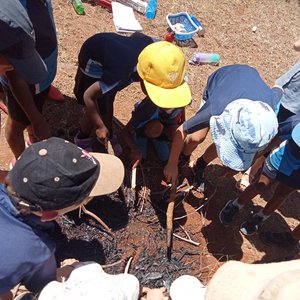 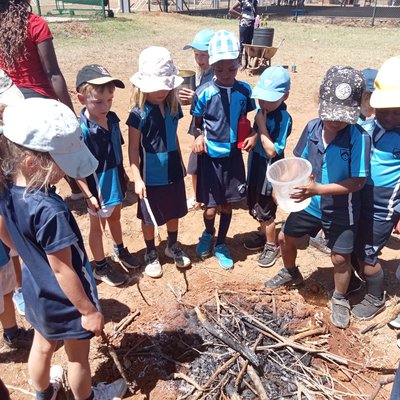 Once it was time to put out the fire, the children used small buckets to sensibly put the flames out. They stirred the debris about and added water to the fire pit, until there was neither fizz nor crackle. These children know that a good camper never leaves any trace of their presence in the wild. Once everything had cooled, they were keen to tidy up by the fire pit. The children did a good job of leaving the site as they had found it, putting away any left over wood back onto the wood pile. They received some adult help in covering up the cooled charred remains with dirt. The children thoroughly enjoyed this activity and if you ever go camping your Year 1, you know who to ask to get the fire safely started! 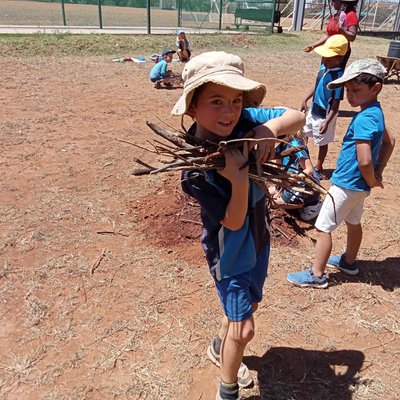 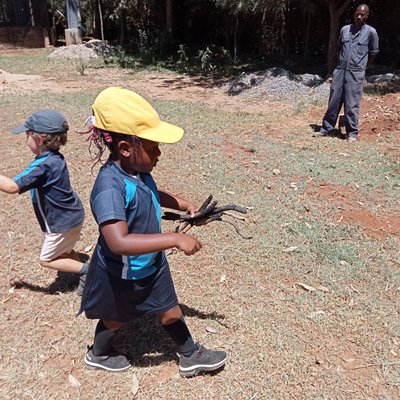 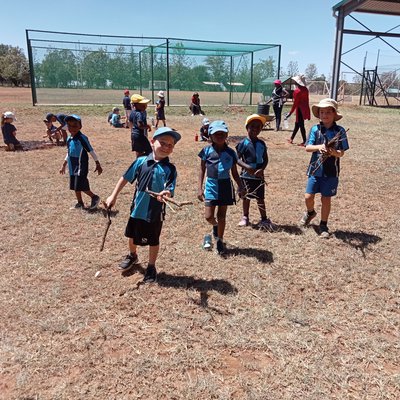