After the break, there was no easing in for Ms Harris and Ms Kamau’s classes as they had a class assembly in the second week of term. Year 2 decided to link their assembly to their English lessons as they have begun learning about traditional tales. All of the children were excited for the assembly and were eager to volunteer to be a wolf, pig or a sign holder. The teachers hadn’t planned on giving the children any lines, due to the short time that they had to practice, but as a result of their eagerness, everyone took to the story with gusto and successfully learnt the key lines of The Three Little Pigs. The Year 2 teachers are so proud of what this year group achieved in such a short amount of time and how they handled the pressure of standing in front of the whole school with grace far beyond their years. Bravo super stars! 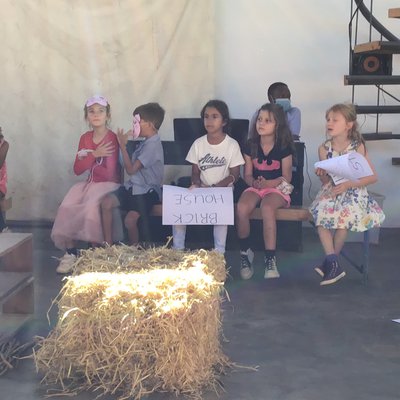 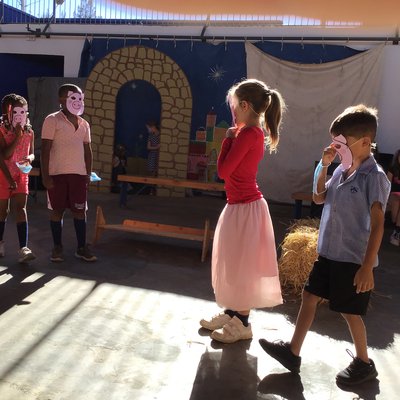 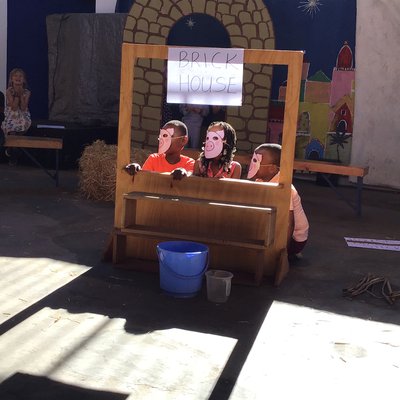 The children have really enjoyed learning about traditional tales as it is something they can relate to and many have read these stories with their grown-ups at home. They have started our topic with character descriptions, first, learning one about the wicked troll who lived under the bridge and then making our own class character description about him; their ability to describe the character’s setting and what they look like will surprise you as they are able to use a multitude of adjectives and similes to expand their descriptions. The children have now moved on to create their own character descriptions, using story maps that they have created in pairs to help them to remember the procedure of their writing. Soon, the Year 2s will do some acting out of a further traditional tale, Little Vicky, to continue to imbed the procedure and language of the genre in order to be able to create their own story that will be full of descriptive writing and plenty of speech marks and speaker tags.

The children’s critical thinking has really been flowing these first few weeks of the term as they have been investigating the fruits and vegetables grown locally in Kenya, which links to their learning about making healthier choices for our bodies. Year 2 have been researching using the iPad in both Science and Geography, expanding their knowledge about how to best use Google and where to find the information they need. Everyone was very excited to use the voice function and experiment to see if Google can understand their different accents: one of the amazing aspects of being at an International School. Children were lucky enough to be able to visit Cedar Mall this week, and spent time in Chandarana and Fruits and Beyond. Armed with a clipboard and data collection sheets, children busily wrote down the names of different fruits and vegetables, their prices and if they were grown locally or imported. The learners will use this information to compare the prices of the produce and think about the prices of the produce grown locally versus those that are imported. The children were extremely well behaved, had wonderful manners and treated the produce with care. They were fantastic ambassadors for BNIS. 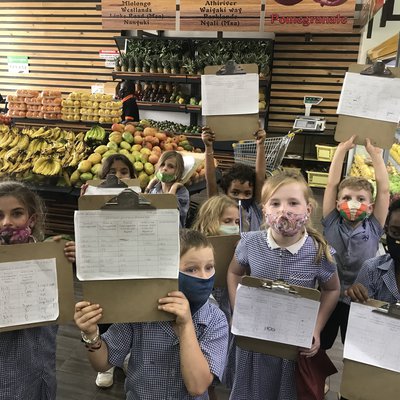 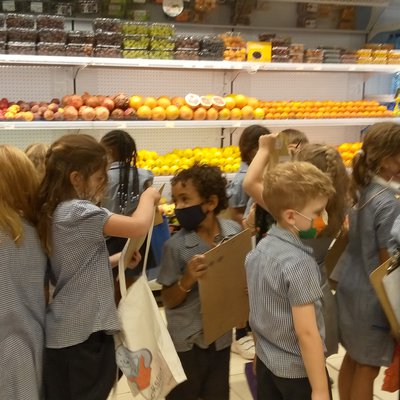 Creativity has been in abundance in the classroom as children have been learning about block paintings, cutting up different fruits and vegetables to create blocks that can be used to design patterns or pictures. Children have been challenged to think about what they want to create before they start painting to bring about some more conscious artwork that resembles the block paintings of William Morris.

A busy start to the term for the Year 2s, but they have handled this jump back in with excitement and perseverance. Keep it up everyone! 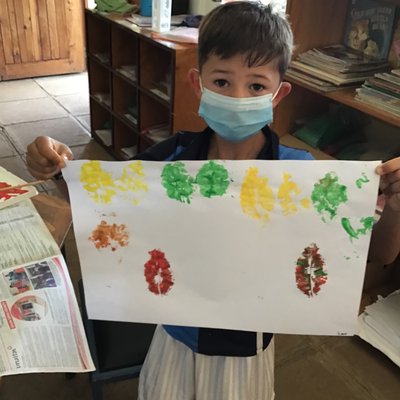 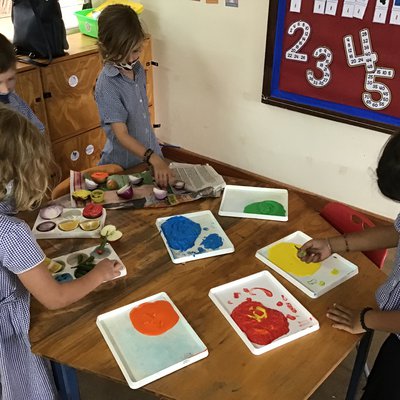 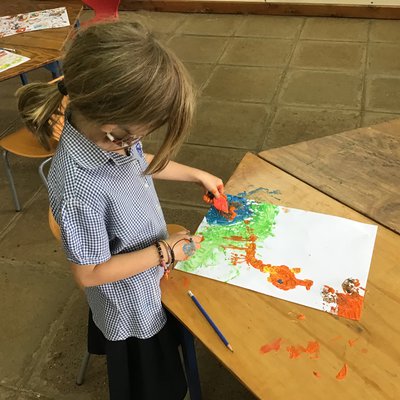