Everyone loves listening to a story, learning to retell a story and even having a really good go at writing their own story. Over the last 3 weeks, Year 4 have been doing something a little different - Explanation texts. They have still been able to get their creative juices flowing and have produced some excellent pieces of writing.

They started off the work by looking at some successful examples of explanation texts to help them learn what their own should look like and how they should read. They learnt about impersonal tone, writing in present tense and cause and effect connectives.

They then spent a week focussing on the different sections of an explanation text and wrote one as a class that explained how Lego is made. The children then created their own texts on how Lava Lamps are made, which linked neatly with their Science topic on Change of State.

Having completed a test run using all of the features, and being guided on where improvements could be made, the children then carried out some in-depth research into how Egyptian mummies were made. This topic was chosen because it related to work they have been doing in History and it certainly sparked interest in the topic.

The children have done a fantastic job on their explanation texts over the last few weeks - some of which you can see here. 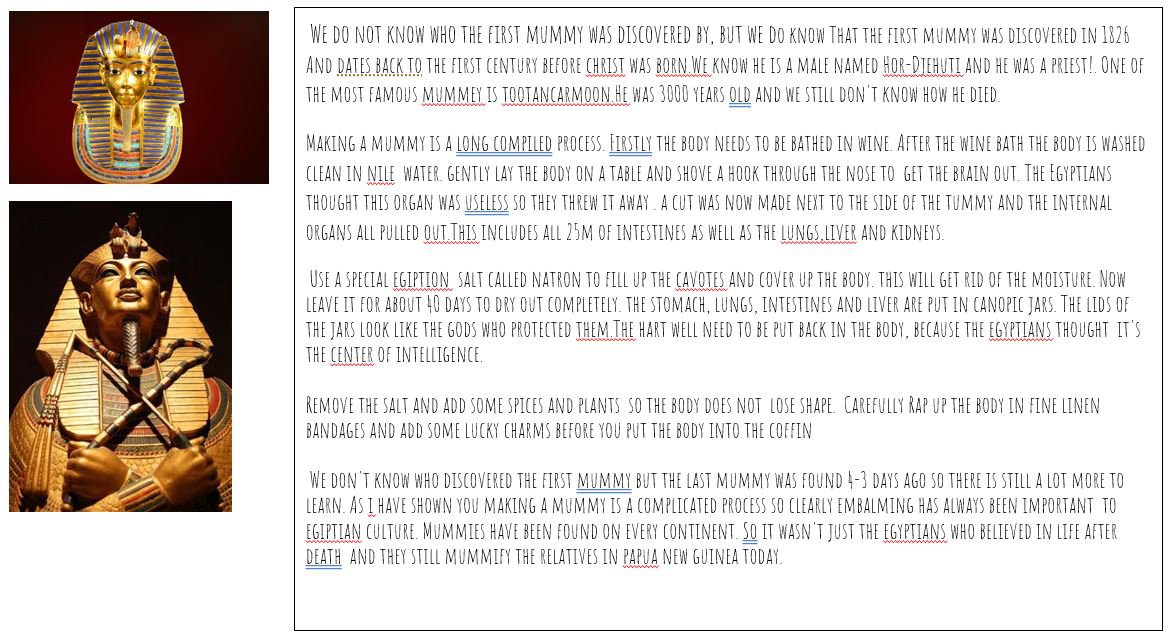 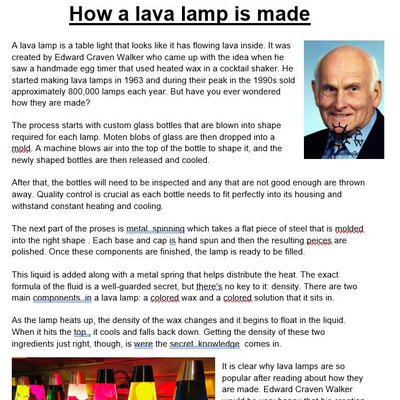 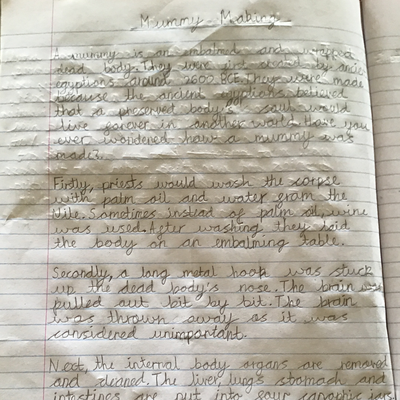 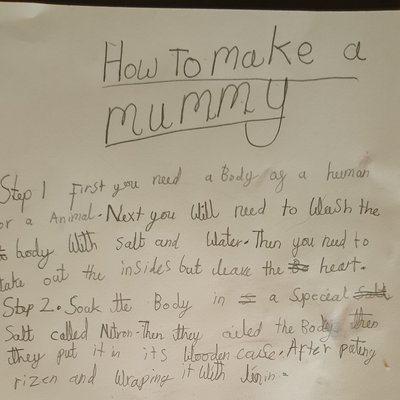