On Wednesday this week, Year 6 embarked on an adventure to the Ngare Ndare indigenous forest just north of Nanyuki town.

After a half hour drive on bumpy roads the school bus eventually reached its destination, and the car sick children piled out - thankful for the fresh air! The trip began with a safety briefing from an experienced ranger, who advised the students that the trails they would be hiking on are often frequented by the local wildlife.

It wasn't long before the group encountered the first signs of the local wildlife, stumbling upon fresh dung from both black rhinos and elephants: in fact, as the journey progressed, it seemed the animal traces were getting more and more recent... 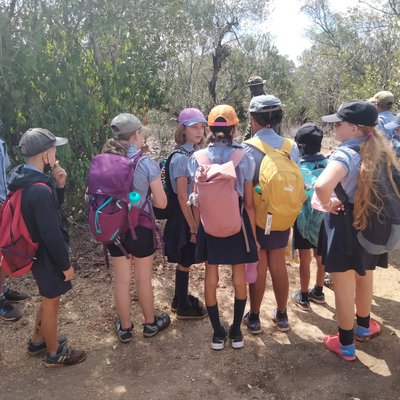 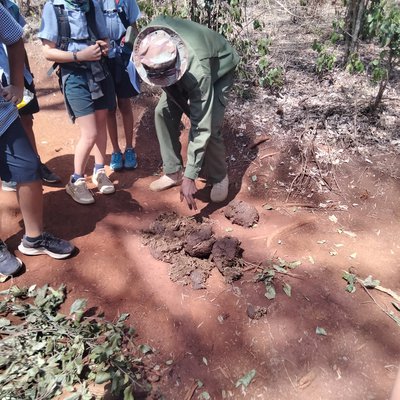 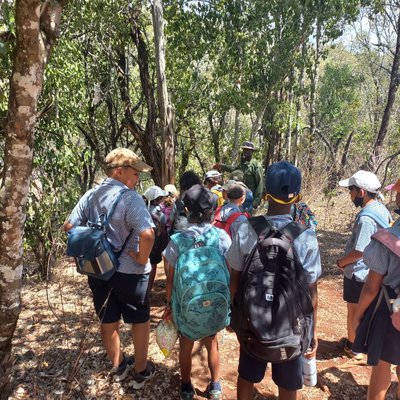 Suddenly, from the other side of the bushes, the class heard a deep grunt. The ranger quickly hushed everyone, and then the class waited, as still and as silently as possible, to see if we could catch a glimpse of the nearby elephant, who had taken shelter from the midday sun in the dense forest.

Eventually, without managing to spot the elephant in question, the hike continued, culminating in a steep descent to a truly beautiful waterfall. The cool mist from the falling water refreshed the weary walkers and a rocky outcrop gave the perfect setting for children to complete their field sketches, observing the different adaptations of the plants growing on the cliff face.

After another hike back to the car park, the students got on the bus and returned to school, just in time to avoid the rain - phew! 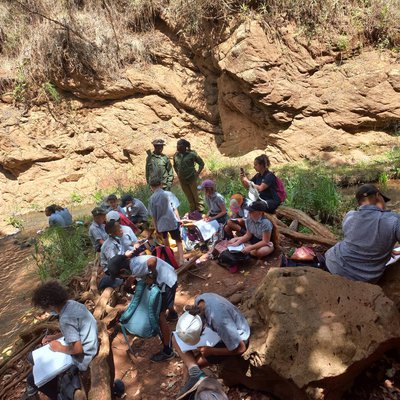 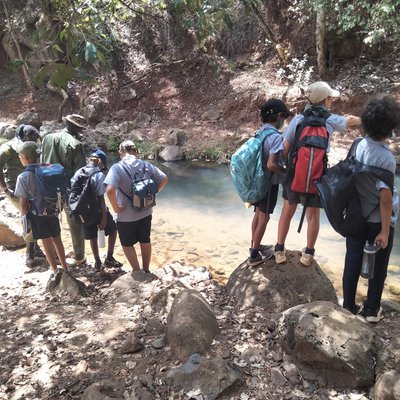